One Night in the Dark 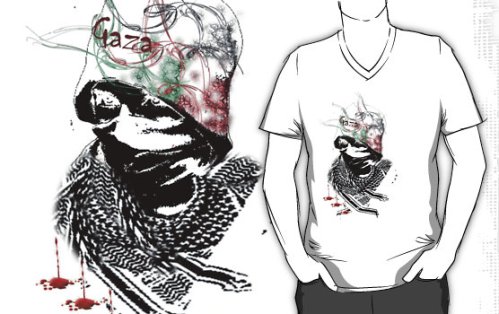 I always believed to write is to “make less the dept of grief.” But it’s been long since I wrote down anything, and indeed I spent long and hard time attempting to convince myself that this latest recurring experience of mine isn’t any different and, like many other episodes in my life, can be recorded well.

There is no phrase in regard to the Palestinian-Israeli conflict that I hate as much as that of “the suffering of both peoples”, “the fear both peoples have to go through”, “the trauma both peoples experience” and the like, usually made in places like the U.N. general assembly’s podiums, the International Court’s or even in the White House. Not that I care whether those neatly-suited, shiny-black-shoed politicians are neutral or one-sided— meaning pro-Israel because there are definitely no such politicians who are on the side of the Palestinians—  or whether they have the sort of genuine interest needed to solve this seemingly insoluble conflict. But considering the fact that I sometimes tend to be a little bit selfish, I hate that my personal suffering, let alone the suffering of 1.6 million Palestinians living in Gaza, be seriously sabotaged by such phrases once analogized, and hence diminished, to the state of fear felt by a few Israelis in the aftermath of firing often-homemade missiles onto Israel, occasionally not mistaking their target and falling into a huge deserted land in Israel and, once fallen, absolutely resulting in no casualties whatsoever except on very rare occasions.

However, the other day I was sitting in the heart of my pitch dark room, immersed in sweat and hemmed in by the wild hems of a few frenzied generators drifting through space and time and forcing their way into my head to crowd themselves into some little unengaged space of my racked brains meant to absorb the words neatly seated before my eyes onto the pages of The Diary of Anne Frank. I wiped sweat off my brows and continued reading. The unnerving hems of the generators swarmed into my brain like the throngs of mostly pale-faced short-tempered passengers with whom I was packed the other day in some little stuffy room, some puffing on their cigarettes, some fanning themselves with their official documents, all of us, however, waiting for our names to be called out to get a stamped ticket. Not that we were crossing into Egypt on that day but rather we were trying to ensure that, at least two months from that date, the time when our travelling has been scheduled, when we  go to travel through the Rafah crossing, we won’t be turned back, having already reserved a place to travel two months in advance. Anyway, my pains paid off, and I got my ticket. That experience is past.

In my room, meanwhile, I was engaged in my life-time struggle against the unforgiving oppression I had always failed to familiarize myself with. I was being normally punished for a misdemeanor I have never committed in the first place.

It seemed then all the suffering in the world combined into one I was bound to endure. I was the center of the world’s unfortunate beings. The Wretched of the Earth. I was a starving child in Somalia, a Syrian demonstrator shot in the neck in the streets of Hama, a pregnant mother dying at a checkpoint in Palestine, a besieged Palestinian schoolboy in Gaza helplessly sinking into the depths of despair. “But I can’t be that selfish,” I would think, “here is a guiltless Anne Frank in a wardrobe hiding from her imminent death at the hands of a Nazi officer. And she wouldn’t complain!”

But while Anna hid in her wardrobe, and Iona confided in his mare, I had neither a wardrobe nor a mare. Darkness is the only place where one can hide from the dark. I had nowhere to hide, and I had no one “to whom I can tell my grief”.

I always told myself, “had it not been for these eight cursed hours when power was cut off, I would have never complained.” But now my wrath had grown so immense to be curbed. My chest is now brimming with pent-up ages-old anger the causes for which, unlike their united implications on me, vary disparagingly. I was stifled. I was half-way through my desperate endeavors to stop myself from cursing the place where I have grown and become a man whose tongue can strikingly respond to the most abominable of curses— having already learned them in the aisles of the camp and furnished myself with a remarkable arsenal of phrases and swear words.

I picked up the candle and looked at the clock as it ticked time away. 10:15 pm. I guessed, “I still have two more hours ahead before the power is turned back on,”

I had to think of some way to while away these two hours. “I can do anything but leave myself to my besetting thoughts,” I murmured trying to break the had-it-not-been-for-the-generators silence. I knew if I did, I would be eventually be left with nothing but a pathetic state of gloom and hopelessness. I couldn’t afford a new strike of despair; it would take me ages to recover from it. Not even the beautifully resuscitating spectacle of our neon bulbs flickering back into life would relieve me this time.

I wanted to escape this gruesomely fiendish place. I was exhausted. My breaths grew fast and short. Sweat started to flood down my body. I didn’t want to think anymore. I desperately attempted to shut the omnipresent scene of the dark out of my mind. One more moment contemplation of the flowing endless succession of the generators’ revs would cast me straight into an abysmal void where all I could do then is but scream at the top of my lungs.

Putting out the candlelight, I groped my way through the dark as fast as my feet could carry me, straight and out of the room, rushing down the stairs until I was out in the street. I leaned against a wall, drew a deep breath, and uttered a vile curse.

In a display of utter disregard to the generators all around me, I walked on and on curiously exploring the street lamps and flashing car lights. My thoughts immediately wandered to the several “foreigners” I had met and their naive remarks  on living in Gaza. I thought wryly, “They don’t know a god damn thing about living in Gaza! Gaza is such an awful place to live in!”

No sooner had this thought crossed my mind than I ducked at the sound of a missile being fired from a neighboring area. I instantly cursed. I needed to get back home as quickly as I could, for I had no doubt what would follow. And in no time, possibly before the fired missile had even reached its target, a deafeningly F-16 bomb hit the area and shook the ground from below my feet. My heart skipped a beat; I cursed and longed for home.

Back home, still teetering on the edge of despair, I lied on my bed, and, indifferent to the dark, the generators’ noise, the clock’s ticking and the Apache’s hovering, I kept on cursing knowing that somehow I would eventually fall asleep and that this misery of mine will come to an end. Somehow.

This entry was posted in Diaries, Short Fiction. Bookmark the permalink.

3 responses to “One Night in the Dark”